by Zaraki Kenpachi
in Business

Stephen Jemal is one of the most innovative real estate developers in New York City who likes taking on new and exciting projects and isn’t afraid of challenges. Partnering with his son, Norman S. Jemal, Stephen has developed detailed plans for a real estate project that will forever transform the residential real estate industry of luxurious Manhattan.

Stephen Jemal was born in Brooklyn, New York City, and was the youngest child of Norman N. Jemal and Sally Jemal. From a young age, he adopted the values passed down by his parents of togetherness, family, and hard work and has embodied them throughout his professional and personal life. He started working from a young age to help support his father, who workedby manning at an electronics concession at his Father’s retail storeshop. Learning about the business and seeking advice from his father and mentor, pushed Stephen to start his own electronics retail shop. At the tender age of 16, Stephen had three electronics and records stores in the Spanish Harlem area.

How to track your daily expenses?

Is Bitcoin Futures Trading Right For You?

In 1976, Stephen Jemal started his shop on Fulton Street in downtown Brooklyn called “Nobody Beats  The Wiz.”, founded by his Father, Norman N. Jemal.  The Wiz It became a highly famous pop culture reference related to New York and was even featured in Seinfeld and King of Queens as well as in numerous other movies. With continued hard work, the company produced sales of $2 billion, expanded to six different states with 110 stores, and became a popular spot for discounted software and hardware products. As an honorable citizen of the United States, Stephen Jemal supported and hired about 6000 employees who helped in his day-to-day operations.

After developing his seventh store, Stephen sought to brand out into other sectors of business needed to better control the rapid expansion of The Wiz and established an in-house construction and fixture building corporation manufacturing company. 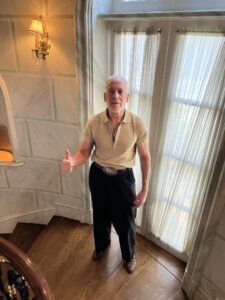 After developing the in-house construction business, Stephen Jemal hired around 600 management employees and tradespeople to help construct retail stores, office spaces, shopping centers and , distribution centersspaces, and retail shops. Stephen Jemal has always built long-term business relationships in accordance withing to his father’s sage advice and guidance. Therefore, Jemal had formed a team of an exceptional team of in-house engineers and architects that brought his concept and ideas to fruition and completion.

His team helped him build the Nobody Beats the Wiz stores into something so excellently unique and ahead of its time that it allowed Jemal to lose his competitors in the dust. Jemal’s greatest strengths in the industry became his natural curiosity to learn and attention to detail. He learned how to assemble the best and most efficient building team that would not only help him save money but precious time as well. His unique design approach allowed him to mitigate cost overruns, even before any architectural plans were actualized. His keen eye for minor details and mistakes allowed him to eliminate unnecessary extras while keeping the project on track for success all while incorporating a state-of-the-art futuristic design.

After Nobody Beats the Wiz stores were sold, Stephen Jemal focused his real estate business on waterfront properties. He expanded his network of like-minded professionals in the industry and connected with New York-centric builders and experts that could become a part of his team. He dedicated 15 years of life to cobbling together and developing small pieces of land on the waterfront of Manhattan, Queens, Brooklyn, and Bronx and fostering business relations with professionals who could help him realize his vision. 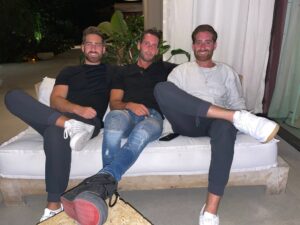 After shifting the focus from New York City’s waterfront properties, Stephen Jemal moved to Manhattan-based residential conversions. With his brilliant son, Norman S. Jemal, as the Member and COO of JemRock Organization, Stephen recognized a highly in-demand niche that no New York developer had ever thought of working onwas focusing on.

JemalHe noticed how because of cost, most of the population of Manhattan’s most coveted locations only consisted of the multi-millionaire elites in the city. This seemed highly unfair to Stephen Jemal, who noticed the upper working-class population of New York was being under-served and forced to live in substandard apartment buildings, yet still paying an exorbitant rent. These buildings offered little to no amenities and failed to provide a fulfilling and enjoyable lifestyle even for the exorbitant amount charged to the residents. In many cases the six-figure earner, whom are the targeted CENTRAL customer, were actually driven out of Manhattan, yet still paying top-dollar and living in a sub-standard building.

To combat this issue, Stephen and Norman S. Jemal came up with the idea and plans for CENTRAL. CENTRALis a one-of-a-kind project by Stephen Jemal and Norman S. Jemal that will be built smartly to provide a lavish lifestyle to six-figure salary earners at a fraction of the price. The construction of the multi-building project has been planned to be extremely cost-effective since these magnificent buildings already exist and the plan is simply to convert them into residential as opposed to a ground-up development project which costs and takes much more time. Additionally, sourcingsourcing for the materials being utilized in this project will be done purchased directly from their manufacturers on master orders in bulk.

With fantastic offerings of an amenity-rich building in Manhattan’s prime locations, CENTRAL, when launched, wwill be the public’s center of attention once it launches. With affordability and luxury combined beingas the primary and prominent features in mind, Norman and Stephen Jemal, along with the JemRock Team have very carefully studied and analyzed and observed all the relevant NYC residential data to figure out the perfect model for CENTRAL that will rock the NYC residential market. 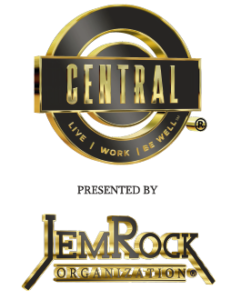 What Does CENTRAL Have to Offer Its Residents?

CENTRAL is not only an affordable luxury apartment building development project but has been designed to support a comfortable lifestyle for the up-and-coming modern entrepreneurs. Anyone from a privileged student to a budding businessperson can rent an apartment at CENTRAL and avail themselves toof all the benefits it has to offer. Starting with a magnificent building in a prime Manhattan locationFrom with pristine separate glass workstations to maximize productivity to a holistic eatery for healthy eating coupled with a fitness studio, organic juice bars and restaurant, outdoor rooftop entertainment space, CENTRAL has everything to offer its residents to offer and more. , with the key being an affordable price-tag.

The best, most unique part aboutfeature  CENTRAL remains to be how Stephen and Norman S. Jemal has introduced, complimented by their JemRock Team will execute every level of CENTRAL  the idea offrom concept- to- completion and beyond. Even after the project has been completed, the JemRock Organization, along with Alex Elkin (the founder of Eastbound Construction), will be continually performing building maintenance as well as making needed improvements and renovations.

Stephen Jemal has been a New Yorker his entire life and loves the city with all his heart. In an effort to build a legacy originating from New York, Stephen Jemal wants to develop a highly sustainable, luxurious and supportive environment for young business owners and professionals who have been left out of Manhattan because of its unaffordability. This project will be designed around the desired lifestyle of the upper working-class population of New York City, which has been thoroughly neglected to date, and will finallywill allow them to “Live, Work, Be Well” (the trademark-pending slogan for CENTRAL), in Manhattan but at an affordable price.!

Jumpsuit vs. Rompers: A Style Guide

The Most Comprehensive Investor Database on the Web

What is the best low-carb diet for men?

No Result
View All Result